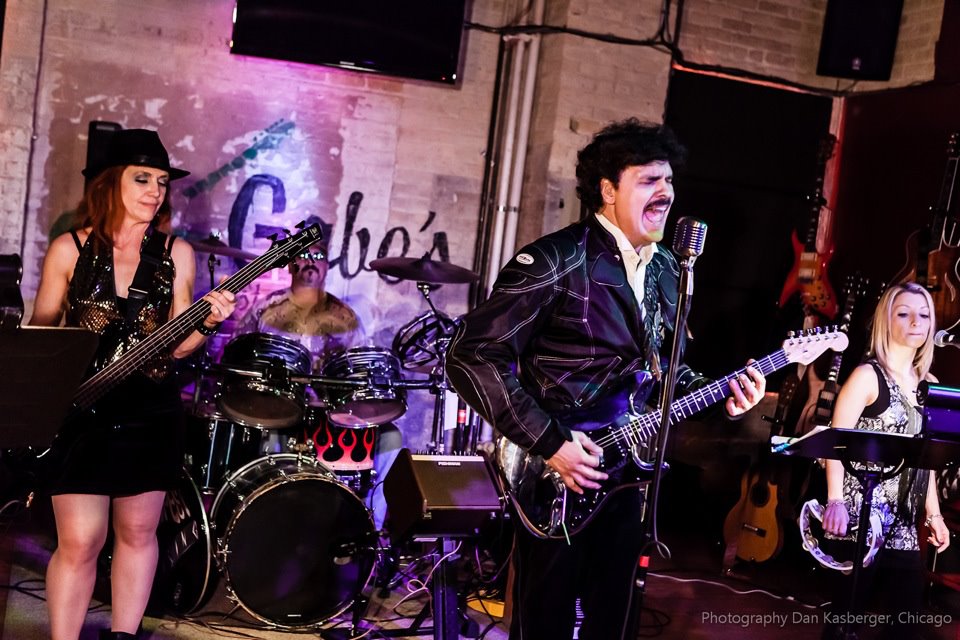 When you ask John Richard Koziol who his musical influences are he will say emphatically Jimi Page and has a great story about meeting Jimi Page’s aunt but he quickly adds Bryan Ferry, Seal, Chris Isaak and Duran Duran as additional influences. This may seem like a very broad spectrum already but throw in there his love for Rodrigo Y Gabriella and you may start wondering is this a flamenco heavy metal dance band? And you wouldn’t be far off…

John Richard Koziol has won the Illinois Entertainer’s Heavy Metal Contest and made the Top 20 on America’s Got Talent for his performance of his original song “That’s Why we Dance” that he specifically wrote for that audition. After that performance, taking the panel’s suggestion, he wrote a song that might be one of the cornerstones of his career “Casa Diablo” a fast paced “Bullfight” Pasa Doble Flamenco Song.

These songs as well as a love song he wrote called Part of a Dream stood out from the norm as did John’s amazing guitar playing ability and in turn the record labels, publishing companies and film studios came calling; from Warner Brothers to Millennium and NuImage Films. His path in life at the time and what Warner Brothers was asking of him didn’t quite coincide so John Richard moved on. He is still in talks with the film studios to score a new theme song for a Marvel character as well as letting them uses some of his other works.

Throughout his career, John Richard, has played with and opened for Yanni, Rick Nielsen (Cheap Trick), Bachman Turner Overdrive, and was recognized by Bernie Rico (BC Rich Guitars) the man who built guitars for Joe Perry, Jefferson Starship and Rick Derringer. A photo of John Richard that his mom took with the guitar he built in honor of the BC Rich guitars hung in Bernie’s workshop for years after making it’s way from Chicago Guitar Center to LA’s Guitar Center.

John Richard doesn’t have many regrets in life, ok maybe one he says… walking away from the record deal but when he thinks about it being able to play music and write on his own terms and have a great career in dentistry well then I have the best of both worlds.

John Richard Koziol music is currently available to download on CDBaby and Itunes.